Her smile tells it all, Alisa Isendi is her name, a single mother of three beautiful children namely Sabrina Nkirote, Vamalin Ramadhan, and Kelly Rashid. By the time we met her, she had left an abusive marriage and living with her aging parents since 2015. Her former husband Isaac Ramadhan is unsupportive to date, they last spoke in December 2019 and as usual, he gives empty promises.

When we recruited her into the program,she was struggling with school/tuition fees, food and basic amenities. Her then job of selling samosas was not bringing enough income to sustain them. It was such a challenge especially for her parents as they took the whole burden of raising not only the grand children, but also their daughter and two elder brothers. 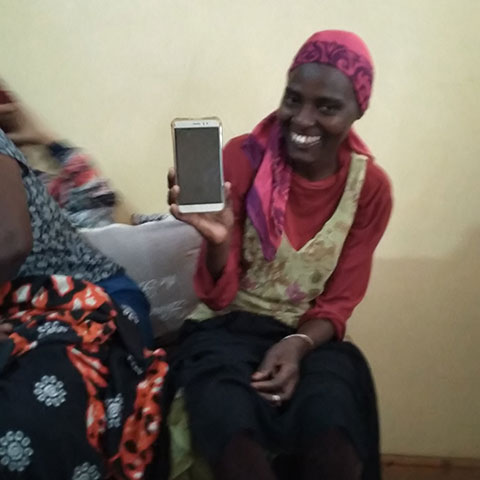