My journey as a street kid

Out of all my siblings, I was the most outgoing and probably got into trouble the most. I was about thirteen when I first experienced sleeping outside on a cold night. My younger brother and I got in trouble, and our mom was going to punish us. Usually that involved being beaten with sticks or with a belt. For some reason, that night our mother gave us a choice, to either stay and take the punishment or leave the house.

Out of fear, I chose to leave the house. My brother stayed and continued begging to not be punished. It was early evening when I left the house, and I was hoping to return after my mom cooled down. However, I was afraid to go back home and still be punished, so I stayed out longer in the village. I wandered around, and the darker it became the scarier it got.

At some point, all the night entertainment around our village came to an end and everything was being shut down, with lights being switched off. I decided to go home and ask mom for forgiveness.

Walking through the night, I became filled with fear of the darkness and everything associated with it. I was imagining all that could happen on my way home. It was very dark. The only thing I could hear was dogs barking every step I took. Fear and trembling seized me, and my heart beat continued rising as I walked.

She said she was not going to open the door and told me to go back to wherever I had been all evening. At that point, I would rather be punished than to be sent away. There was nowhere for me to go. I continued crying and pleading with her to open the door.

I was afraid of the dark and couldn’t believe she was determined to not let me in. After a long time, I lost hope. By then, it was close to 11:00 PM. Despite being filled with fear, I returned to a gas station parking lot that was about fifteen minutes away, walking distance.

There were cars and trucks in the parking lot. Some were open and I could get into one and sleep through the night. I met another boy in the same situation. His stepmother had kicked him out of the house. He had been sleeping in cars for quite some time.

Finding someone else was somehow comforting. We got into the back of a military truck. The truck had nothing to protect us from the cold or wind that night. We were shivering and trying to keep each other warm. He told me that we would have to leave in the early morning, so the driver wouldn’t find us in his truck. At about 5:30 AM, we got out of the truck.

He had some coins with him and told me that he would buy me bread. We went to a local bakery that was baking fresh bread and opened early in the morning. I was so hungry I devoured the little bread he bought. That day, we became friends, and my on and off street life began. I would look for food, but it really was more about looking for acceptance and love. Love and acceptance that I couldn’t get from my mom.

I have learned more about my mom in the past five years than all the years previous. Her mother and father divorced before she was twelve. My mom did not tell us why they did, but she suffered from that situation. She ended up being kicked out of her mother’s house at the age of twelve. She has been on her own ever since. I have realized there was a generational pattern in our family.

My journey with my family has put the call on my heart to bring God’s love and healing to the hungry and broken families of Ethiopia and Kenya. 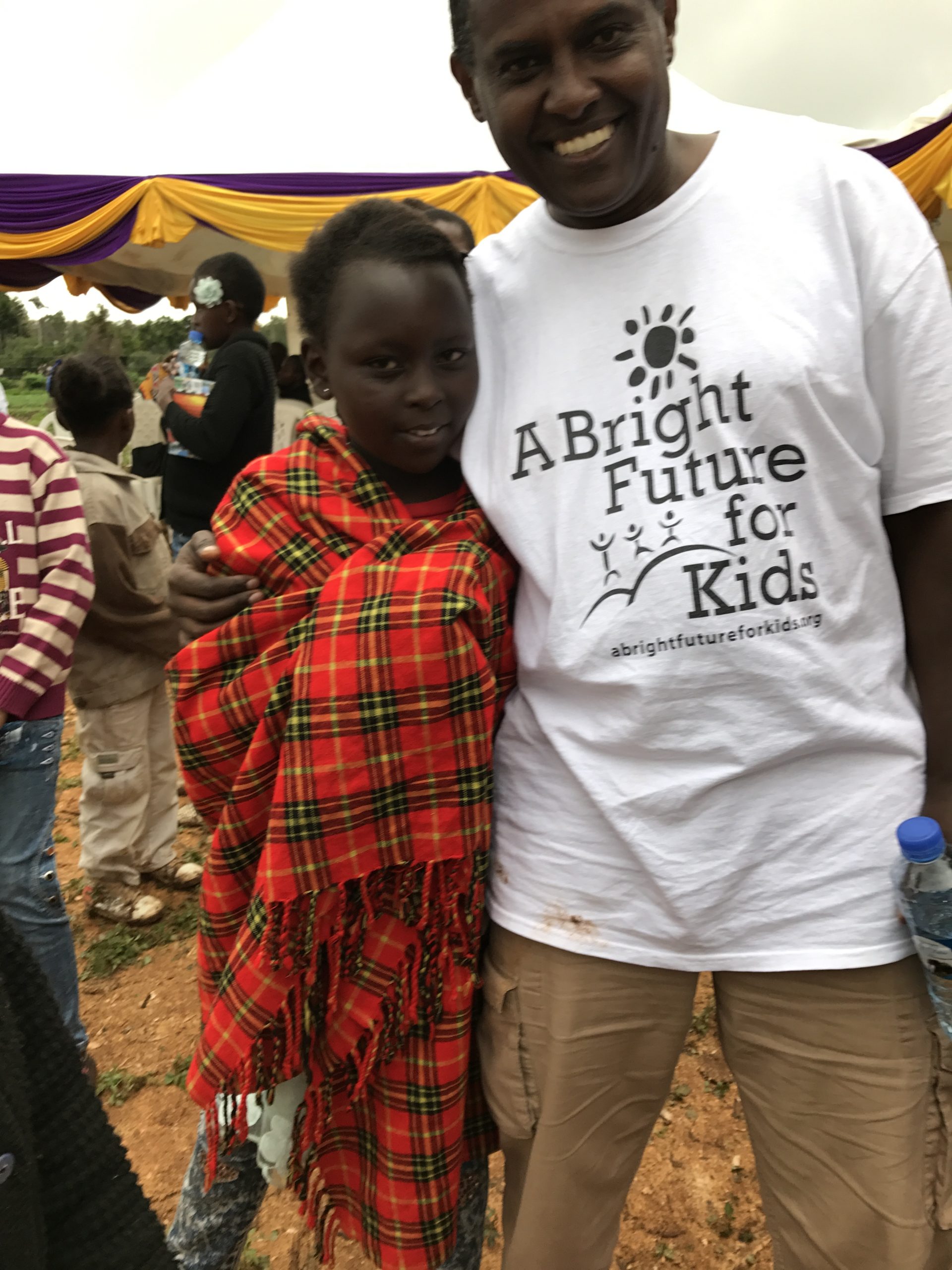